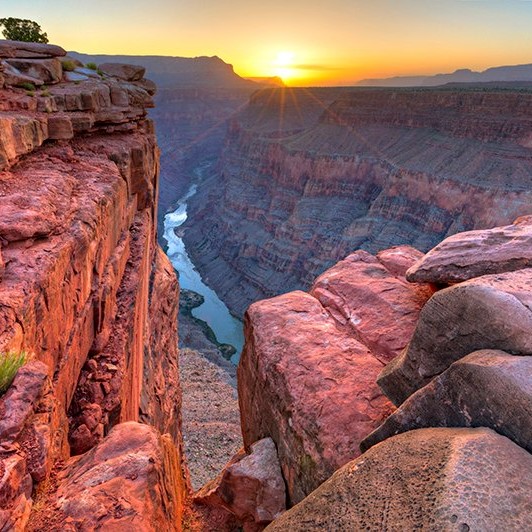 Today, the lock first to give you a set of soul three questions, who are you? Where are you from? Where are you going? Haha, although it is a joke, but I believe that many people must have thought about similar questions, such as where people come from? Do we have a past life or not? Are all the opportunities in this life predestined? Are we the companions of extraterrestrials living on earth?

In the end, it’s all because people believe there’s a higher power out there, and we’re not the only ones out there, so today Locket brings you to this mysterious and fascinating place, Sedona.

When the sea receded, the sand and limestone layers remained on the ground, and eventually iron oxides covered the surface of the sand and stone, forming a red rust and becoming red rock. There’s even a famous red-rock sightseeing trail (Red Rock Scenic Byway), a gateway to Santa Dona and an all-american turnoff., is the highest ranking (the most worth seeing) of the National Scenic Turnoff, with only 36 in the United States. Although it is only 12 kilometers, it is highly praised as the Red Rock Sightseeing Road because of the magnificent red rock scenery on both sides of the road.

In addition to the amazing natural scenery, what is more attractive is the energy center of Santo, also known as the energy vortex. Saint Dona is a vortex of energy emer from that surface of the earth, and many believe that being in the vortex of energy can merge with the powerful universal energy flow and enhance one’s life trajectory and spiritual development. There are four major energy vortices in Santa Dona, the Airport Vortex, which represents positive energy., Red Rock Crossings Vortex (Red Rock Crossing) for the negative energy, Boynton Canyon Vortex for the balanced energy of Yin and Yang(Boynton Canyon Vortex), and the most powerful Bell Rock Vortex (Bell Rock Vortex).

Of the four energy vortices, Boynton Canyon and Bell Rock have the most stories and attract the most attention. There is an interesting saying that people who like Boynton Canyon are “earthlings”, people who have a strong connection with the Earth Mother, while people who like Bell Rock are “cosmic adventurers”, whose horizons go beyond the Earth, Bell Rock is regarded as a dimensional portal for aliens to come to the Earth, and even legend has it that people mysteriously disappear while sitting in Bell Rock.

Aliens and Santonas often appear together in the news. Are there aliens in Santonas? In a town of less than 10,000 people, residents will not answer the question directly because they know that the questioner does not have a comprehensive understanding of the phenomenon. Xiao Suo looked up the history, “it is said” that the residents of Santa Dona saw aliens who seem to come from another star system, although they live on the Earth, they do not live on the surface of the Earth like human beings.There are also alien bases under San Dona for aliens to observe humans, because their cross-dimensional existence prevents humans from seeing, and in the eyes of these high-dimensional aliens, we are only very small and round energy bodies in action.

Below the red rocks of Santa Dona and beneath the earth are “said” to be many alien gateways that they use to travel between earth and their own galaxy, these gateways are interdimensional and do not require a spiritual connection to pass through, but do require certain postures, movements and radiant energy, and certain humans can pass through in certain ways if desired.

If you’re really interested in aliens living on Earth, there’s another place you can’t miss, the Hopi Indian Reservation on Hopi Mesa, two hours from Santa Donna, where it’s “said” that during the tribe’s annual celebration in the summer, their God Kachina (indigenous word for “extraterrestrial”) disguises himself as a member of the tribe and dresses up as one of the dancers. Do you want to have a chance encounter with an alien on a trans-dimensional journey through time and space in Santa Donna?

Santa dona is regarded as the energy center of the earth, and the bell rock, one of the four main energy vortex centers, is regarded as the engine of cosmic energy, which absorbs energy from the cosmic energy field and transmits it to all parts of the world. Energy is information. Being in the energy vortex, we can receive and send out information through meditation. This energy flow is very powerful and special. Even beginners who have no experience in meditation will have a strong physical feeling.It is said that these energy centers also attract UFOs, and some scholars claim that UFOs can be seen almost every night, and even if they are not, you will find that your aircraft’s halo is aligned when you leave Santa Donna.

The energy at the top of Bell Rock is much higher than at the bottom, and merging with such a powerful energy flow is a very magical experience, and we can also use such energy to clear our inner garbage, heal our body and mind, and ascend to higher dimensional wisdom. So meditation is an essential part of the experience in Santo Domingo.

Golden Touch is an organization that holds annual meetings that help its members learn how we can all choose to be happy each day. This organization was founded by Dr. Zhang Xinyue, who is a teacher, mentor, spiritual leader and author. She has authored books that teach others how to control and direct their energy flow.

Each year, Golden Touch holds conferences in large cities around the world. Members can come and enjoy the teachings while relaxing in a beautiful locale. These can be great opportunities for networking.